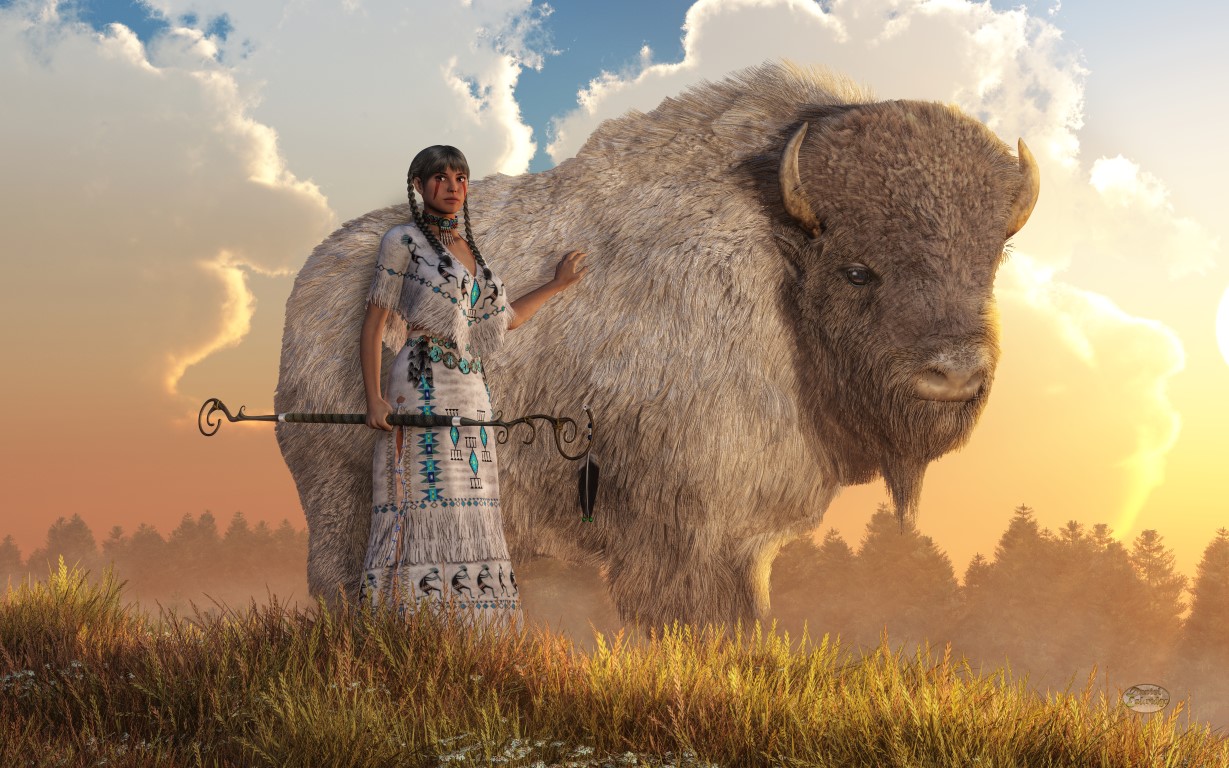 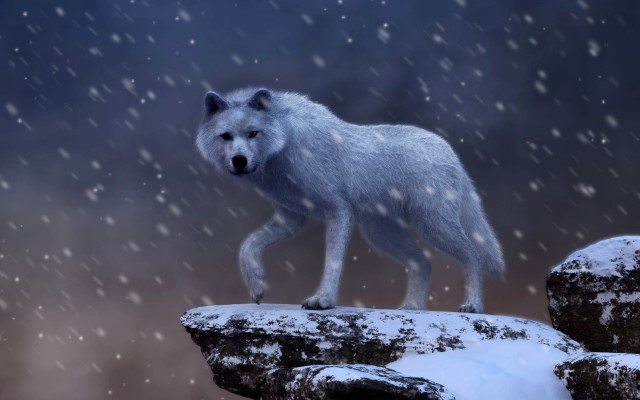 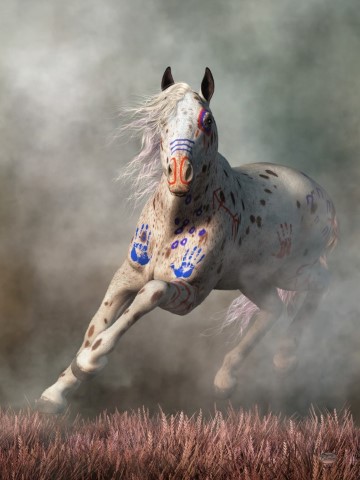 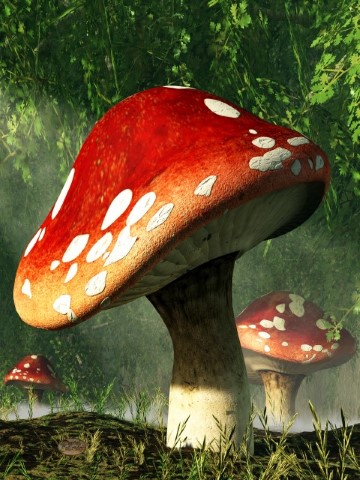 A Native American woman in white stands next to a massive white buffalo. In one hand, she holds an ornate staff while she rests the other on the pale fur of the great bison. They stand upon a grassy hilltop at sunset looking back at you, the viewer. The White Buffalo Calf Woman is a sacred figure in many of the Plains Indian religions. The basic story is that two scouts were sent to seek help during a famine. In their travels, they met the White Buffalo Calf woman. One of the men tried to take advantage of her and was reduced to a pile of bones. She saw that the other had a pure heart though and sent him back to his tribe to prepare for her arrival. When she arrived, she taught them seven sacred ceremonies and gave them a ceremonial pipe. She left promising to return one day. As she left, she took the form of several different buffalo, the last of which was a white calf.


To create this image, I used a variety of digital techniques including 3D Rendering (CGI) and digital painting. 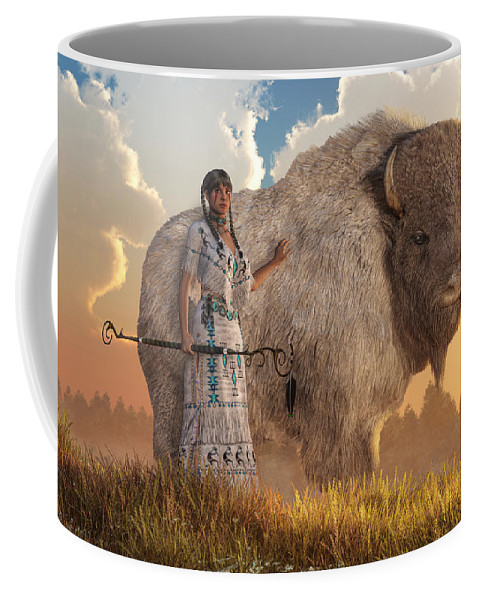 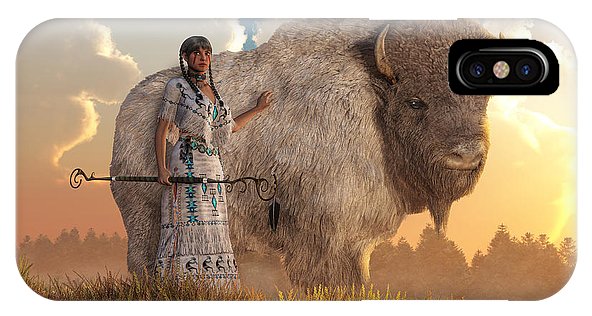 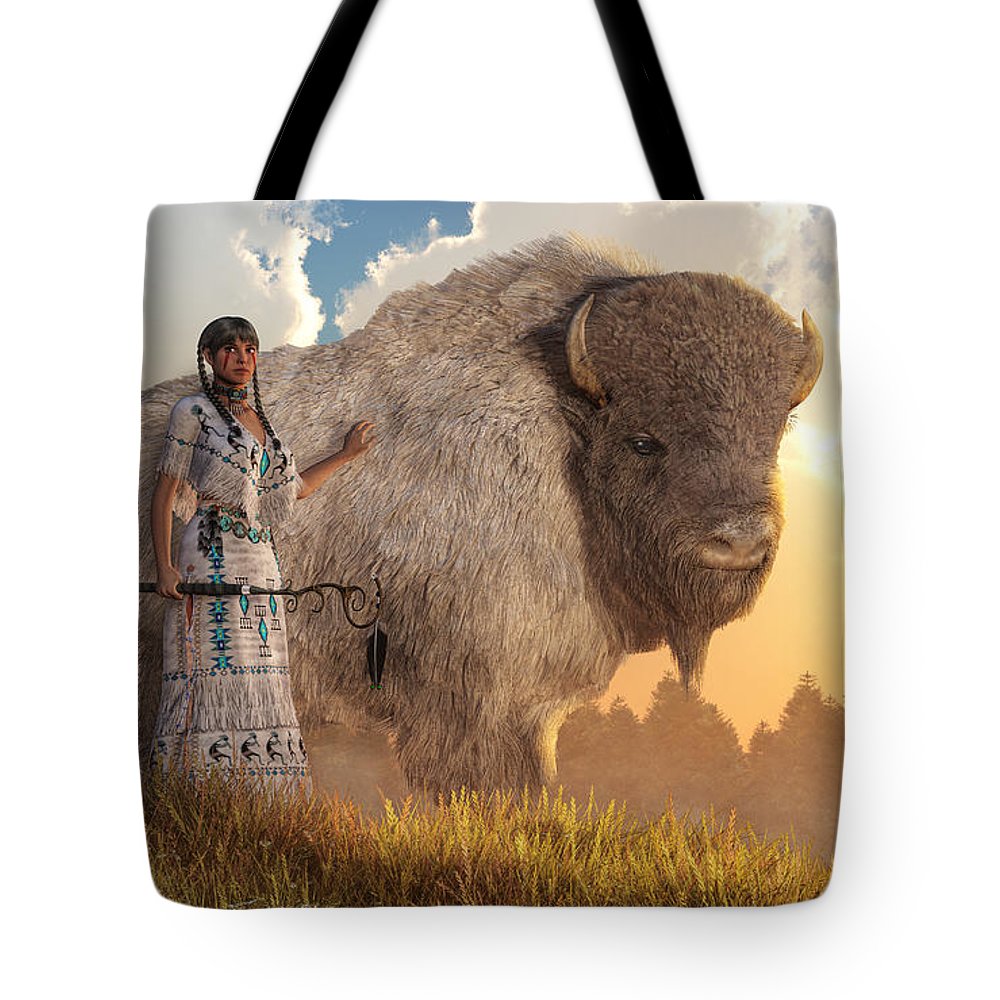