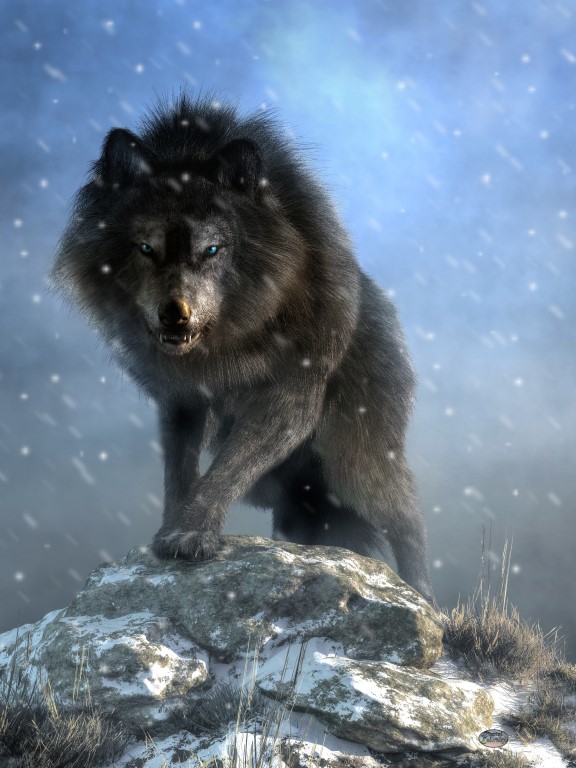 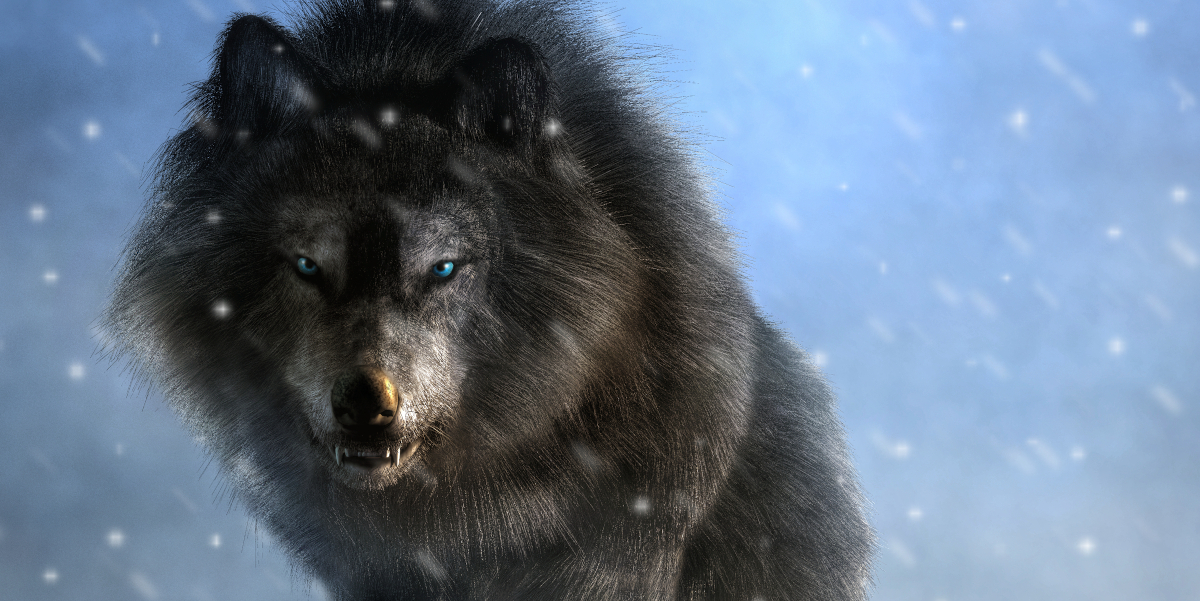 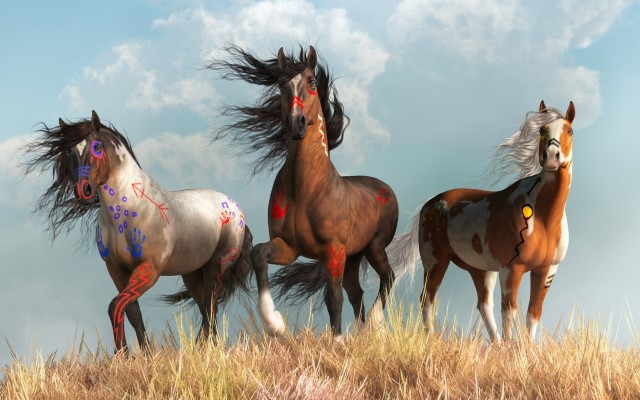 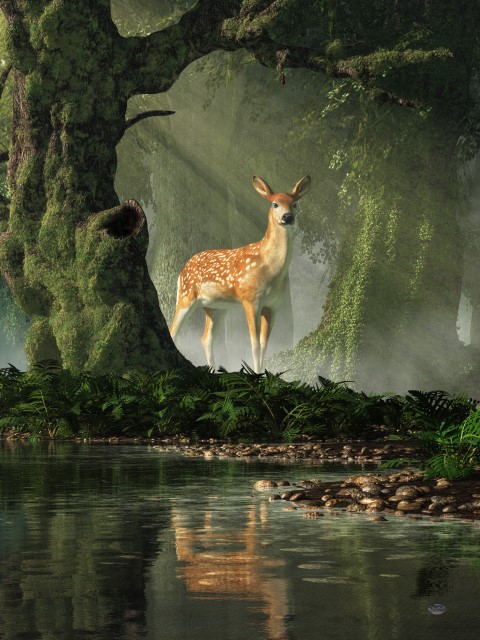 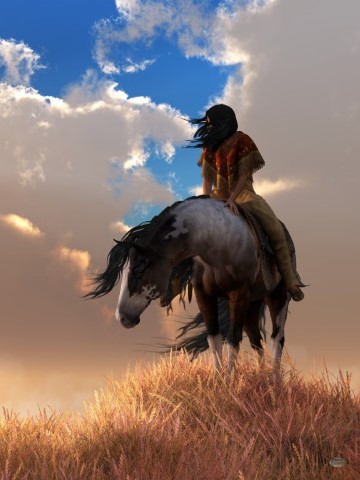 A large shaggy dire wolf bares its wicked teeth as it glares at you with deep blue eyes. The ice age predator growls and steps over snow covered rocks as it advances. Dire wolves, or Canis dirus (fearsome dog), were the largest species of canis to ever exist. They were large wolves that were likely pack hunters during the Pleistocene era in North America.


The trouble with depicting dire wolves in art is that they didn't necessarily look that different from modern wolves. From skeletal remains, we know that they were a bit larger than modern Yukon wolves and had bigger teeth, but otherwise, they appear to have been quite similar. So, in order to make my version of a dire wolf look noticeably different from a regular wolf, I experimented by giving it much longer, shaggy hair. After all, this was a creature of a colder age, perhaps it needed such warmth. Anyhow, there's no scientific evidence for such an appearance, I'm just using a bit of artistic license. 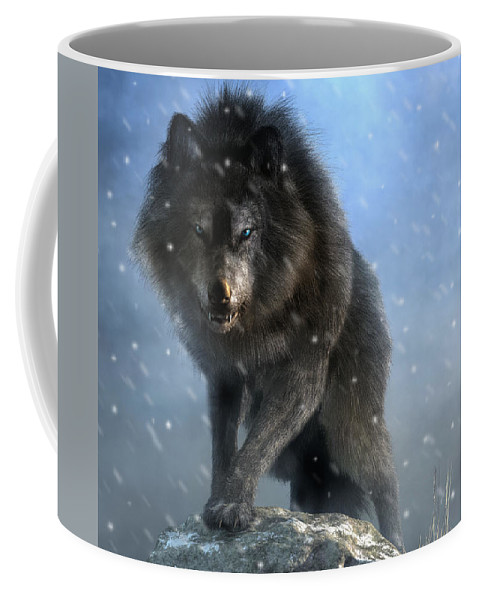 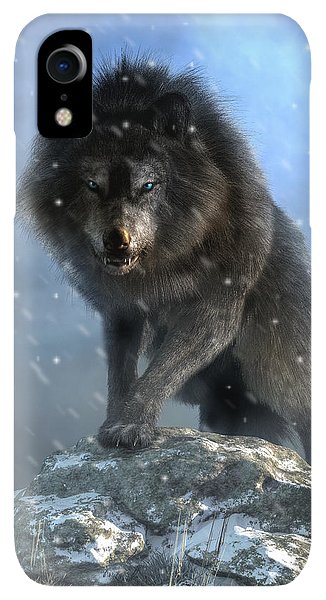 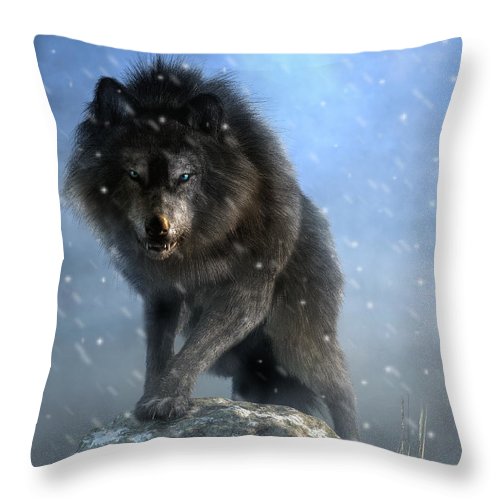 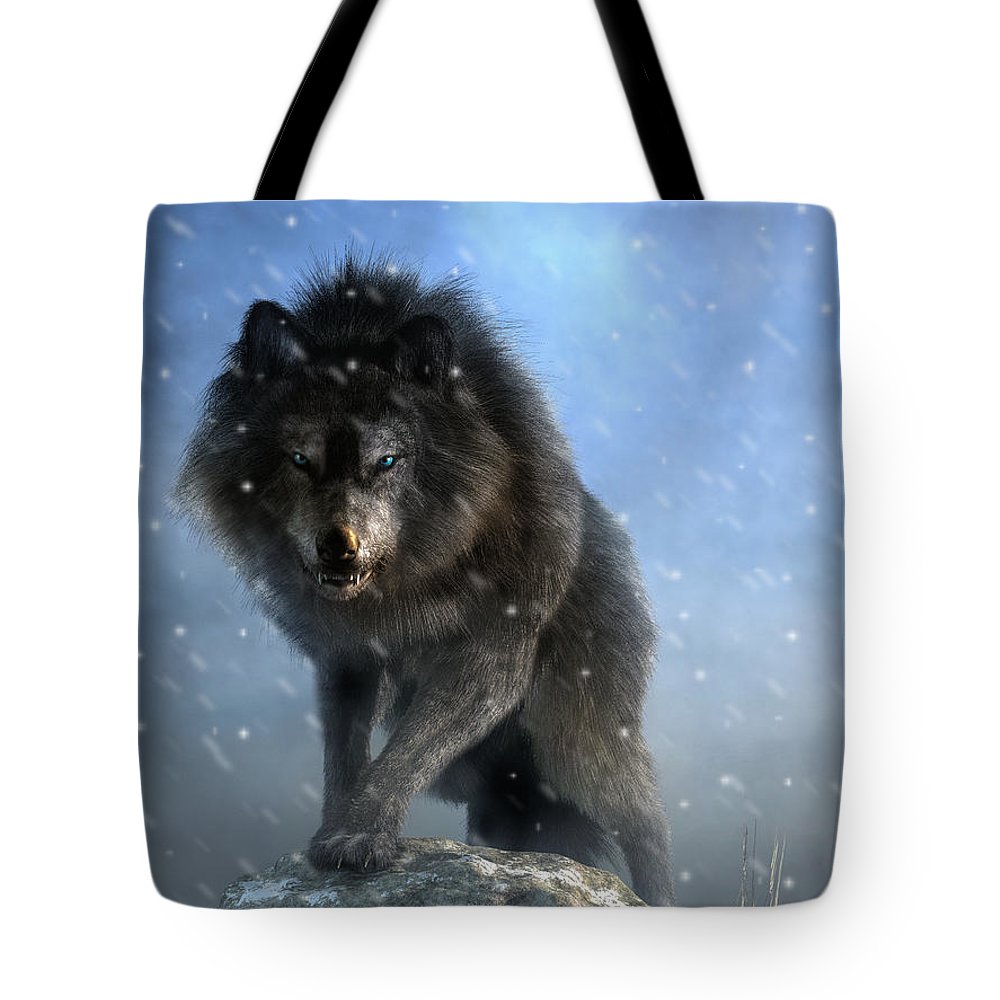