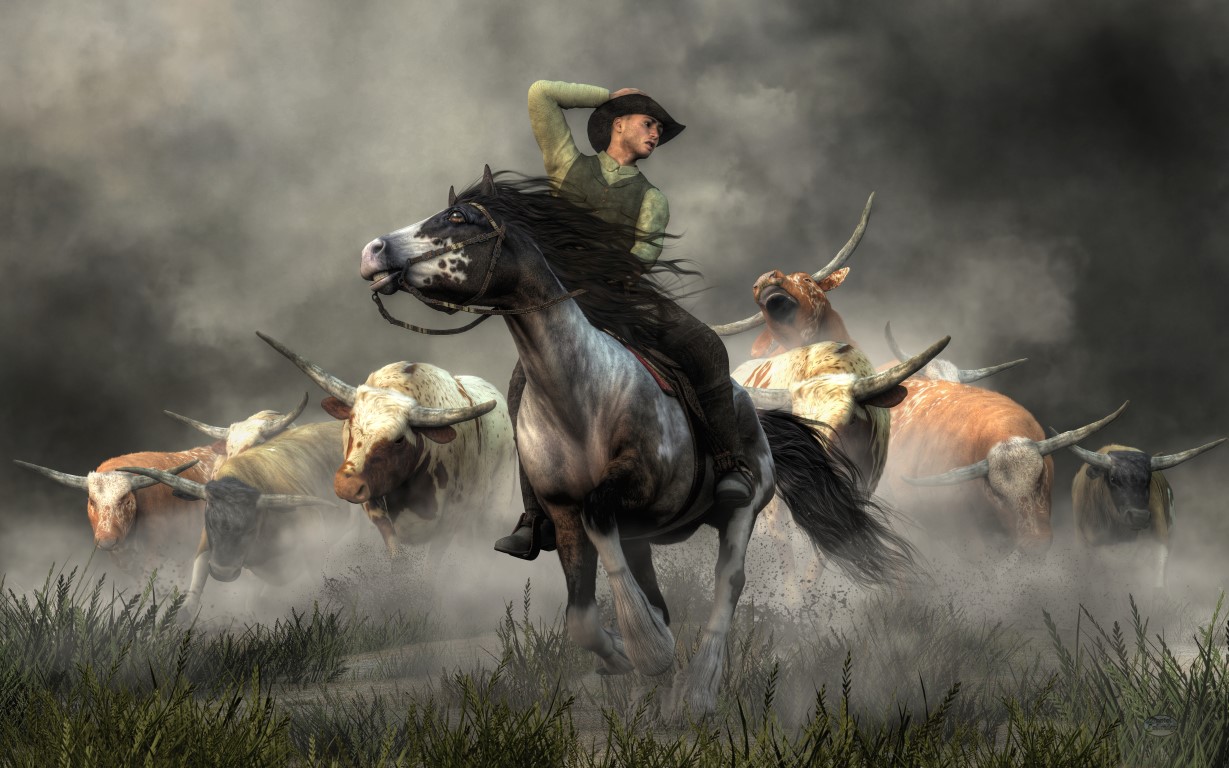 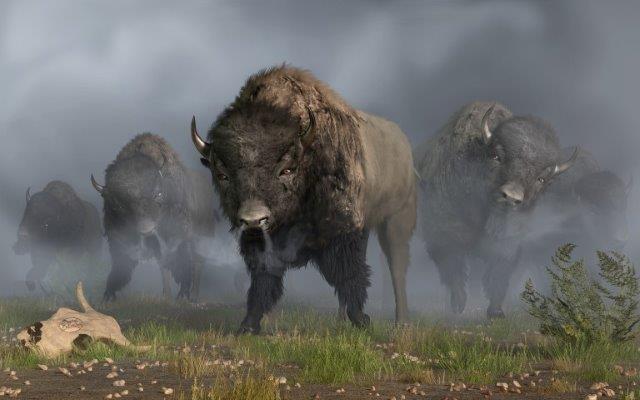 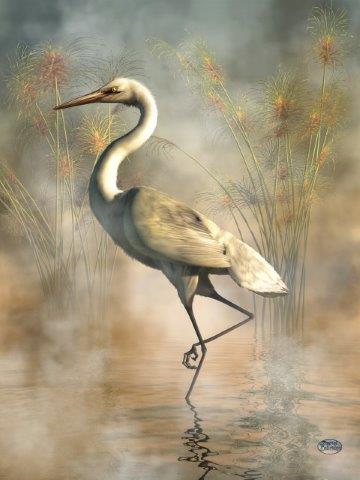 A cowboy on horseback rides for his life. Behind him, in a storm of dust, a herd of longhorn cattle stampedes after him. The man holds on to his hat and turns in the saddle to glance behind at the oncoming wave of thundering animals just to see how much they are gaining on him. Meanwhile, his pinto colored horse gallops wildly in an attempt to keep ahead of the herd. All cows, humans, and horses involved are headed straight for you, the viewer...better run ;)


This western themed artwork is one that I spent a rather significant amount of time on. Generally, I finish an image in about a week, but I worked on this one for several months, on and off. I've always like to create art that has so much action that you can almost hear it just by looking at it. I've been told that longhorn cattle are generally quite gentle, but that they are indeed prone to stampede. 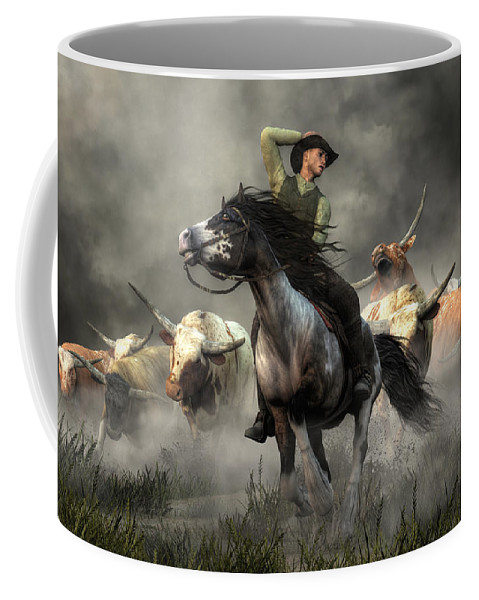 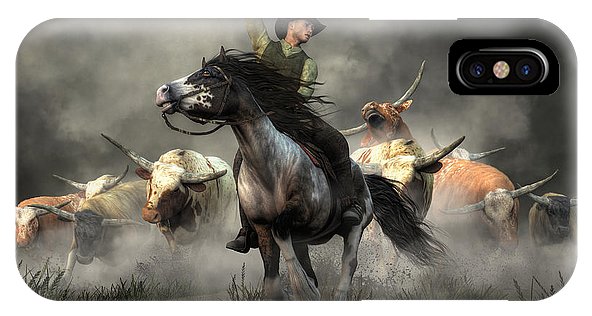 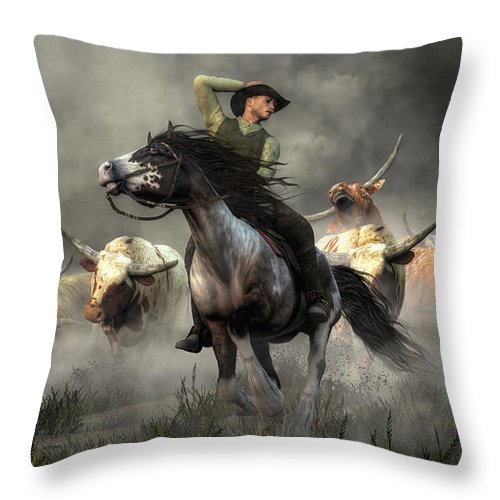 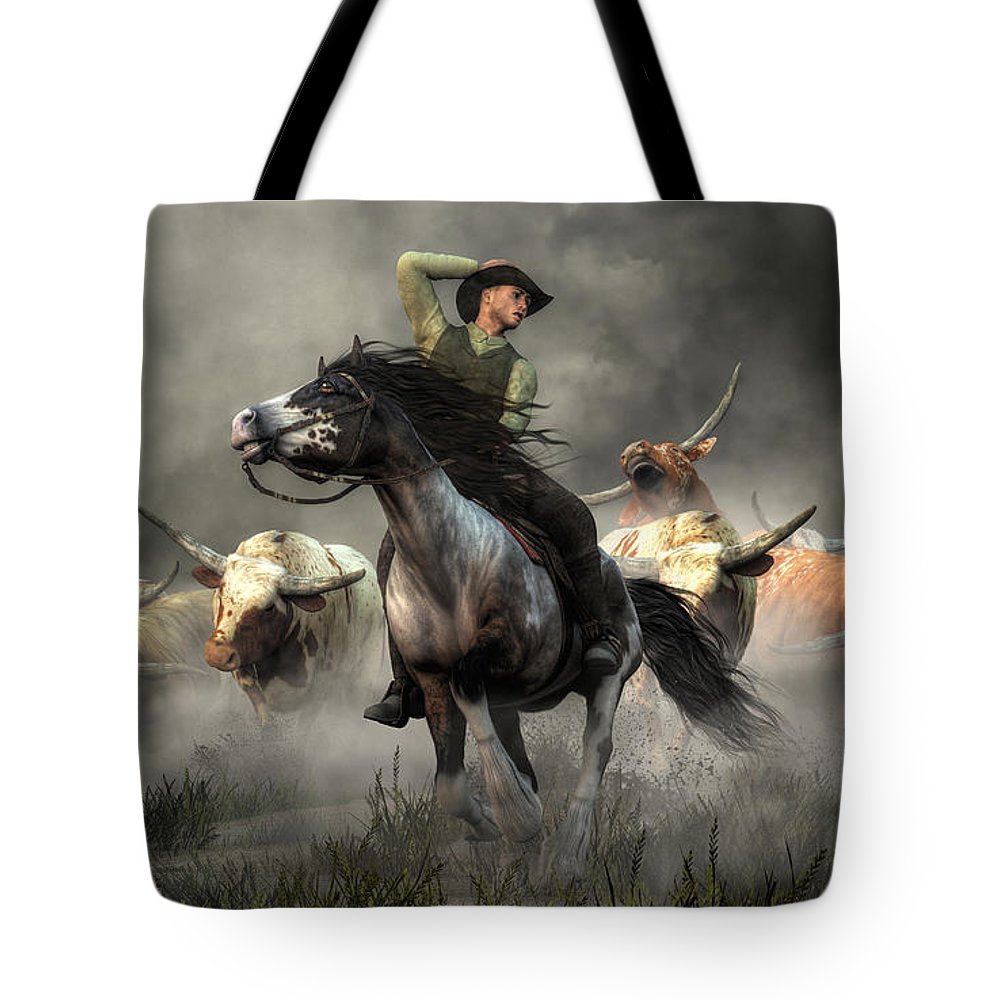