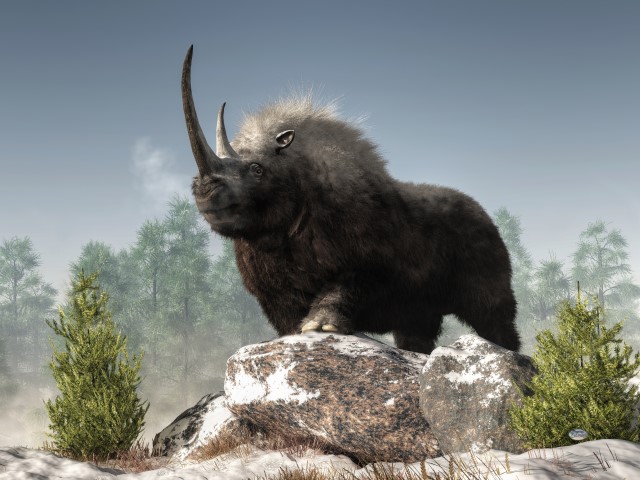 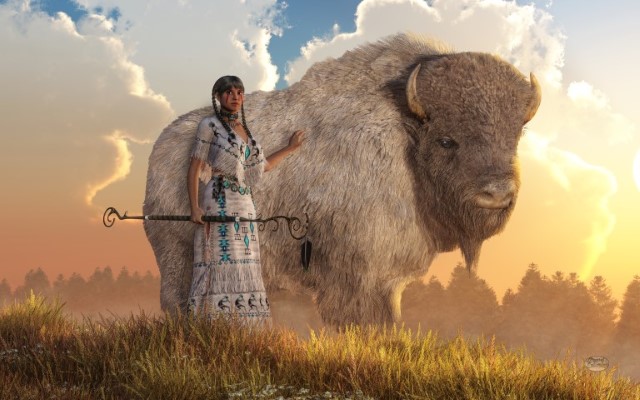 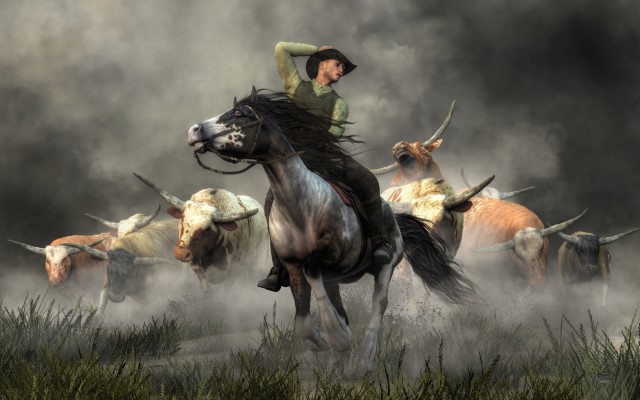 A woolly rhino stands atop some snow covered rocks in a wintry ice age scene. The dark fur covered beast is a massive creature with a great curved horn and a strong build. With steamy breath the mighty rhinoceros surveys the land around him. Behind him a forest of conifers fades into the distance. The ground is covered with snow, but a few brown blades of grass and weeds poke through as well as the occasional short squat pine tree. The woolly rhinoceros, a.k.a. Coelodonta antiquitatis, was an ice age cousin to the modern rhino. This 3 ton tough guy lived in Europe and Asia during the Pleistocene. He was covered in a thick coat of fur, had a large hump over his shoulders, and often had a much longer and more curved front horn than modern rhinos. Though now extinct, they once coexisted with humans and are depicted in cave art.


This is my favorite image of a woolly rhino to date. 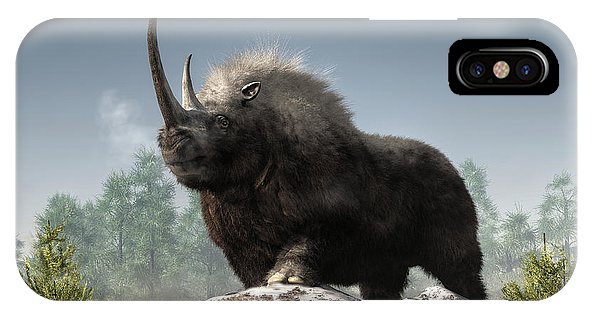 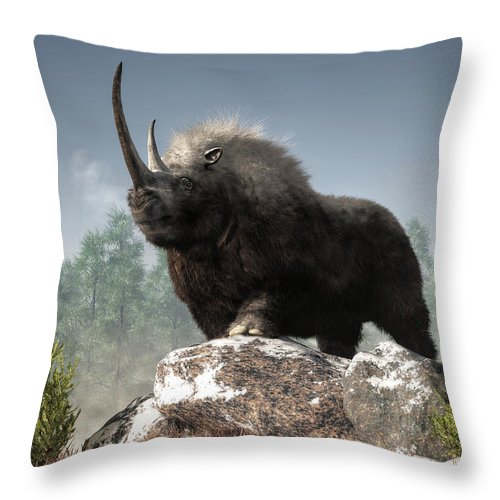 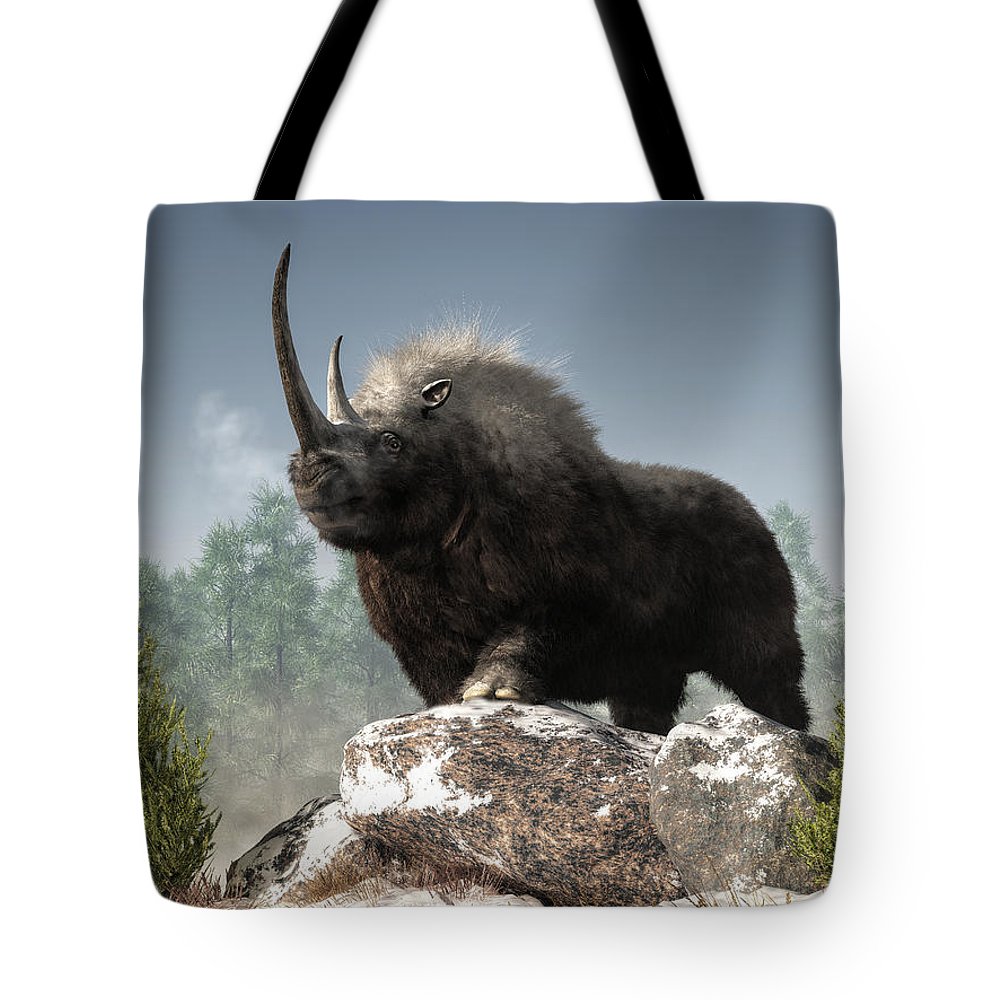