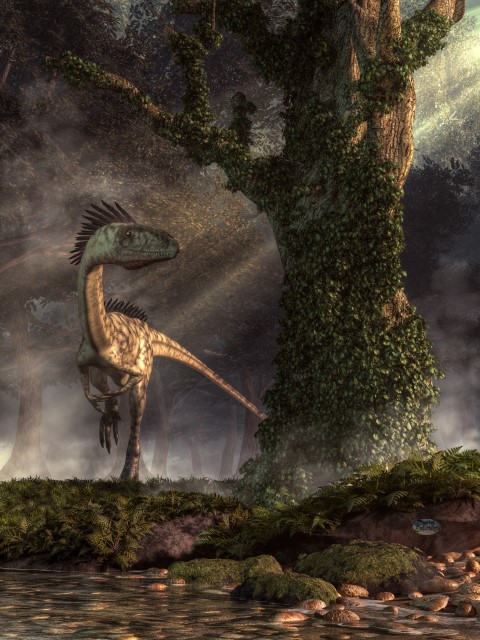 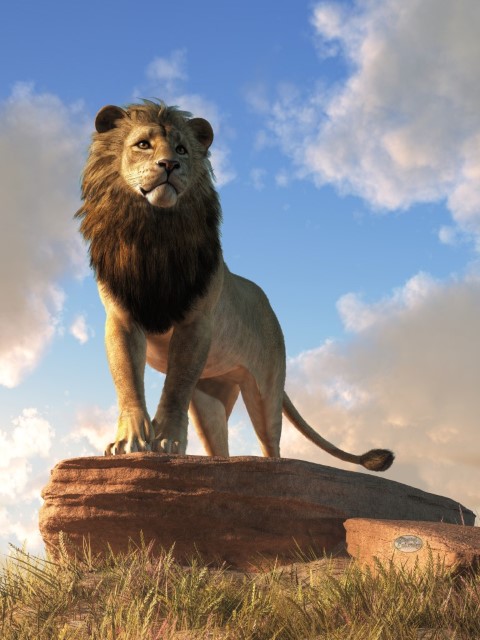 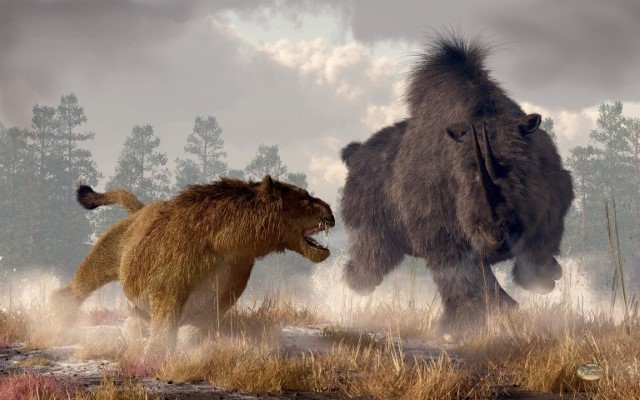 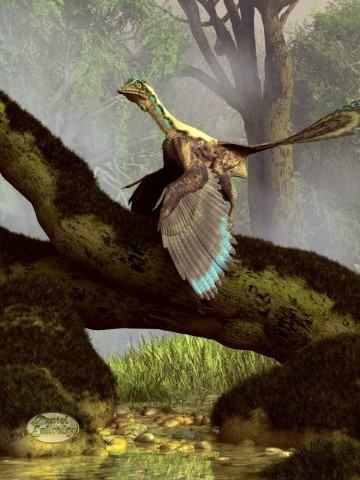 A Ceolophysis hunts in a dense forest. Near a rocky stream he hopes to find some prey that has emerged from the primeval jungle. A few rays of sunlight manage to breach the canopy and shine down on the fern covered forest floor. Ceolophysis was one of the earliest dinosaurs. It lived during the Triassic 200 million years ago. It couldhave been the ancestor of the great Cretaceous theropods, such as velociraptor and tyrannosaurus, but most it tends to more often be seen as an ancient cousin.


Here I've depicted it with a crest of feathers. There is no evidence for feathers on Ceolophysis, but, being a member of the theropoda suborder which does have feathered members, it is not impossible. 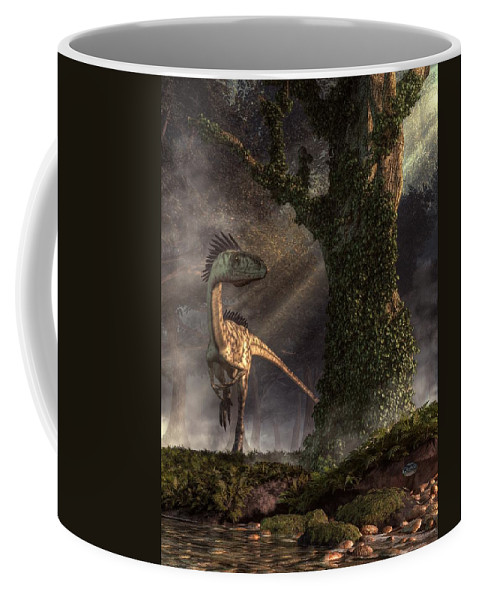 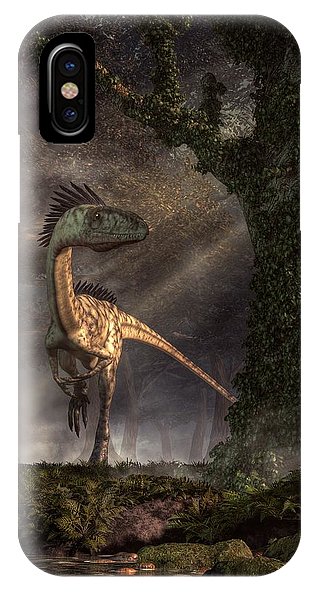 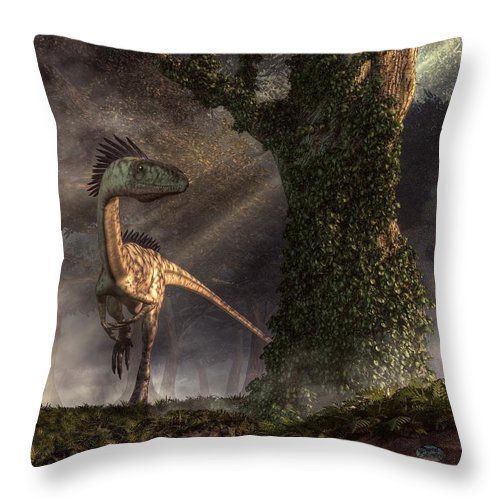 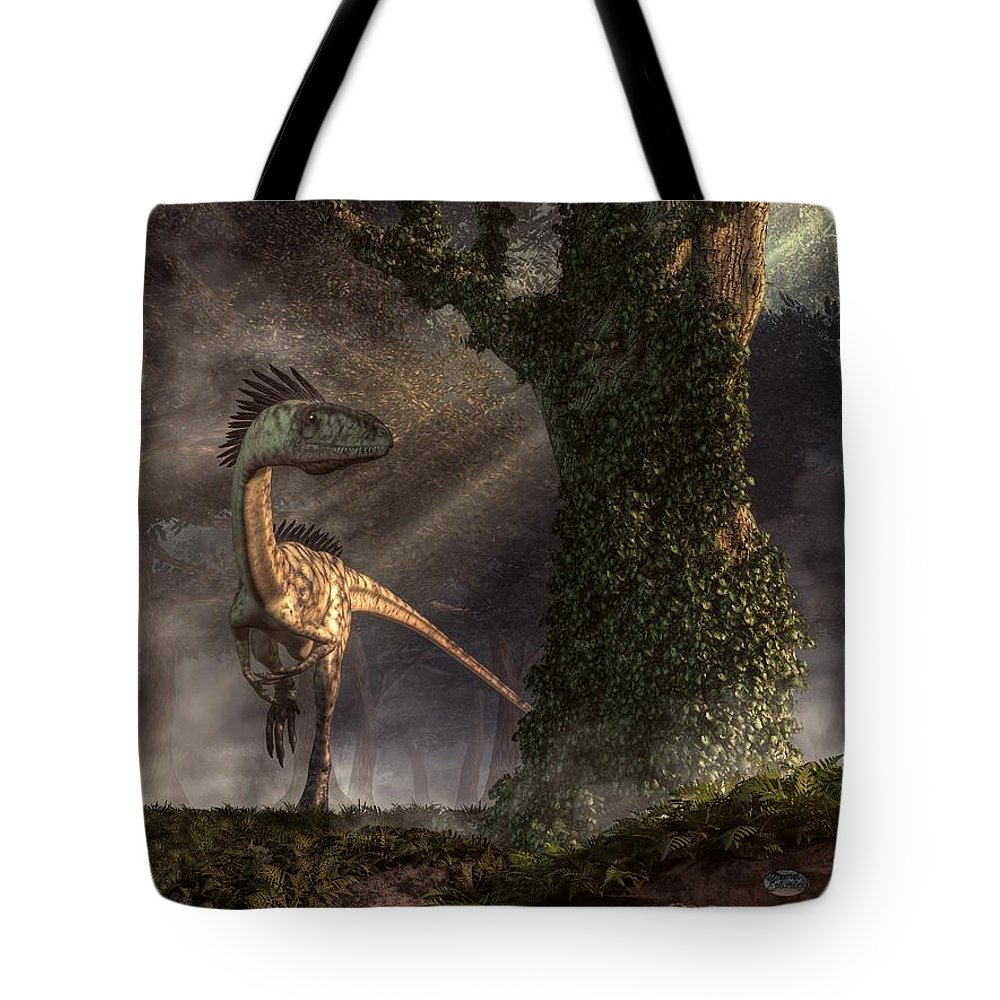